This verse of Scripture has often left me wondering . . . What could our Saviour have meant when He spoke these words to his disciples and the multitudes that followed Him ?

As I prayed and considered one day these words of Jesus, I was led to look up the words “violent” and also “violence” in its original greek of the text.  What our Lord revealed has changed my life forever.  And it is my prayer that as you read the article below, you also will be inspired to press your case as never before “boldly to the throne of grace !”   ref: Galatians 3:14 and Acts 2:30-39

Not because we deserve anything, but rather because we claim by faith (Romans 10:17) the merits and worthiness of our crucified and resurrected Saviour, for God has promised, and He verily cannot lie !

In man, defiled and ruined by sin, He saw the possibilities of redemption. Hearts that have been the battleground of the conflict with Satan, and that ha 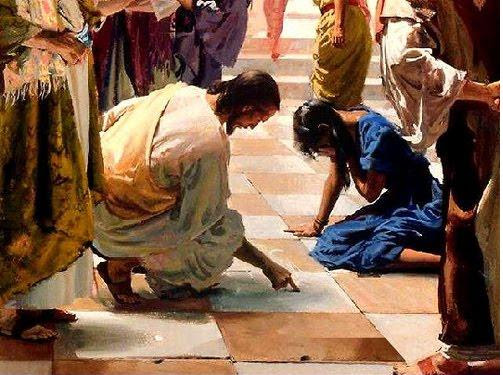 ve been rescued by the power of love (self-sacrifice), are more precious to the Redeemer than are those who have never fallen.

God looked upon humanity, not as vile and worthless; He looked upon it in Christ, He saw it as it might become through redeeming love. He collected all the riches of the universe, and laid them down in order to buy the pearl. And Jesus, having found it, resets it in His own diadem. “For they shall be as the stones of a crown, lifted up as an ensign upon His land.” Zechariah 9:16. “They shall be Mine, saith the Lord of hosts, in that day when I make up My jewels.” Malachi 3:17.

But Christ as the precious pearl, and our privilege of possessing this heavenly treasure, is the theme on which we most need to dwell. It is the Holy Spirit that reveals to men the preciousness of the goodly pearl. The time of the Holy Spirit’s power is the time when in a special sense the heavenly gift is sought and found. In Christ’s day many heard the gospel, but their minds were darkened by false teaching, and they did not recognize in the humble Teacher of Galilee the Sent of God.

But after Christ’s ascension His enthronement (Zechariah 6:12-13)in His mediatorial kingdom was signalized by the outpouring of the Holy Spirit. On the day of Pentecost the Spirit was given. Christ’s witnesses proclaimed the power of the risen Saviour. The light of heaven penetrated the darkened minds of those who had been deceived by the enemies of Christ. They now saw Him exalted to be “a Prince and a Saviour, for to give repentance to Israel, and forgiveness of sins.” Acts 5:31.

They saw Him encircled with the glory of heaven, with infinite treasures in His hands to bestow upon all who would turn from their rebellion. As the apostles set forth the glory of the Only-Begotten of the Father, three thousand souls were convicted.

They were made to see themselves as they were, sinful and polluted, and Christ as their friend and Redeemer. Christ was lifted up, Christ was glorified, through the power of the Holy Spirit resting upon men.
By faith these believers saw Him as the One Who had borne humiliation, suffering, and death that they might not perish but have everlasting Life . . . . “and this Life is in His Son !” I John 5:11-12. The revelation (revealing) of Christ by the Spirit brought to them a realizing sense of His power and majesty, and they stretched forth their hands to Him by faith, saying, “I believe !”

Then the Glad Tidings (gospel) of a risen Saviour were carried to the uttermost bounds of the inhabited world. The church beheld converts flocking to her from all directions. Believers were reconverted. Sinners united with Christians in seeking the pearl of great price.
The prophecy was fulfilled, The weak shall be “as David,” and the house of David “as the Angel of the Lord.” Zechariah 12:8. Every Christian saw in his brother the divine similitude of benevolence and love. One interest prevailed. One object swallowed up all others. All hearts beat in harmony. The only ambition of the believers was to reveal the likeness of Christ’s character, and to labor for the enlargement of His kingdom. 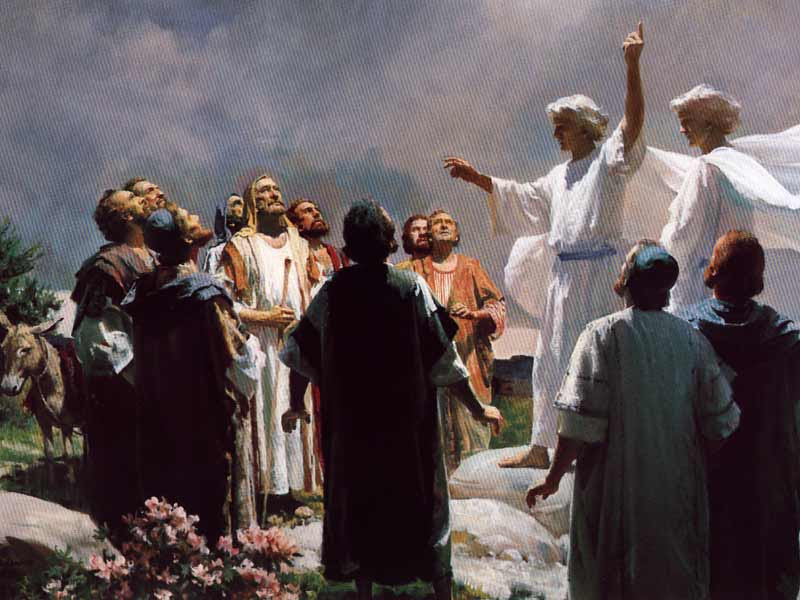 “The multitude of them that believed were of one heart and of one soul. . . . With great power gave the apostles witness of the resurrection of the Lord Jesus (Ephesians 1:17-21 and Romans 6:1-6); and great grace was upon them all.” Acts 4:32, 33. “And the Lord added to the church daily such as should be saved.” Acts 2:47. The Spirit of Christ animated the whole congregation; for they had found the pearl of great price.

These scenes are to be repeated, and with greater power. The outpouring of the Holy Spirit on the day of Pentecost was the former rain, but the Latter Rain will be more abundant. The Spirit awaits our demand and reception. Christ is again to be revealed in His fulness by the Holy Spirit’s power.

Men will discern the value of the precious pearl, and with the apostle Paul they will say, “What things were gain to me, those I counted loss for Christ. Yea doubtless, and I count all things but loss for the excellency of the knowledge* (knowing) of Christ Jesus my Lord.”   Philippians 3:7-8 and ref: John 17:3*

“Christ had an infinite variety of subjects from which to choose in His teaching, but the one upon which He dwelt most largely was the endowment of His Holy Spirit. What great things He predicted for the church because of this endowment!   Yet what subject is less dwelt upon today? what promise less fulfilled?

Prophecies are dwelt upon, doctrines are expounded, but the promise of the Spirit, the fulfillment of which is necessary for the success of God’s work, is incidentally touched upon, and that is all. Other blessings and privileges have been set before the church but the thought entertained regarding the promise of the Spirit is that it is not for the church now, that at some time in the future the church will receive this gift.
But this promise belongs to us now as surely as it belonged to the disciples. 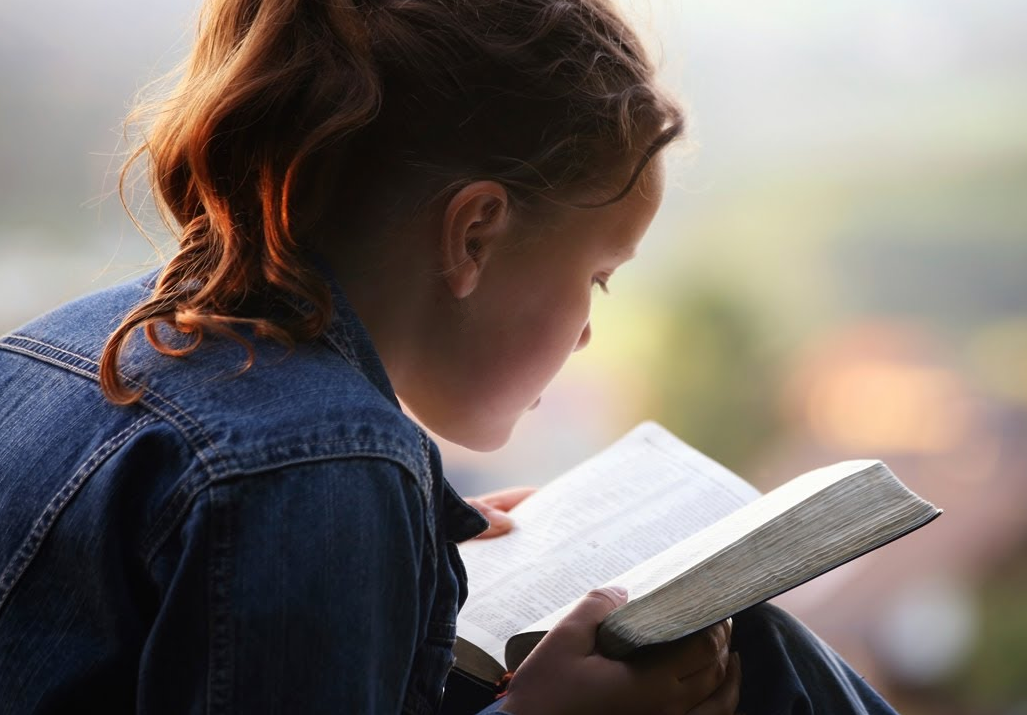 God’s people seem to be incapable of comprehending and appropriating (as their very own) this Promise. They seem to think that only the scantiest showers of grace are to fall on the thirsty soul (ref: Isaiah 44:3). They act as if they must rely on their own efforts for Salvation (rescue, deliverance, freedom and healing) and as a result they have little strength for the work of overcoming.

They have little Light to give to the souls dying in the darkness of error. Church members have long been content with little of the Blessing of God (John 6:63). They have not felt the need of reaching for the exalted privileges provided for them at infinite cost.
Their spirituality is feeble, their experience dwarfed and crippled; and therefore they are disqualified for the work of the Lord. They are unable to present in the power of the Spirit the great and glorious Truths (unfailing verity – John 17:17) of God’s Word . . .

It is not because of any restriction on God’s part that the riches of His grace* (G5485 – the divine Influence) do not flow to men. His gift is godlike.
He gave with a liberality that men do not appreciate because they do not love to receive. If all were willing to receive, all would be filled with the Spirit. By resting content with small blessings, we disqualify ourselves for receiving the Spirit in its unlimited fullness. We are too easily satisfied with a ripple on the surface, when it is our privilege to expect the deep moving of the Spirit of God.